The BEST episode of Supergirl yet. 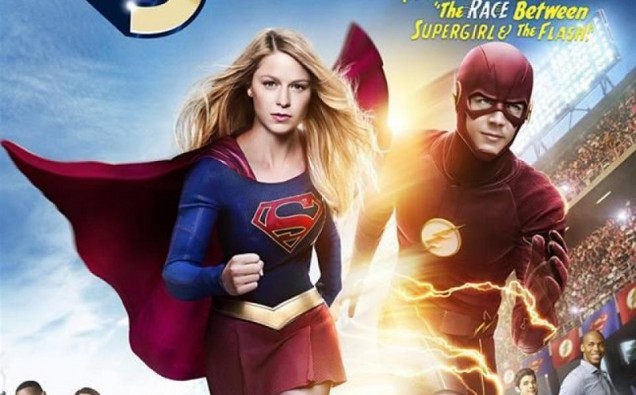 “Previously on Supergirl,” Livewire attacks Supergirl and is defeated by the Kryptonian, Hank and Alex escape government thugs to search for Jeremiah Danvers, Non says that Myriad will work and Astra’s dream will become reality, Lucy and Kara put James Olsen’s emotions through the wringer, Supergirl is exposed to red kryptonite and turns evil for a short time, Siobhan is fired by Cat and blames Kara for her unemployment, and Ms. Smythe accidentally falls from a four story building but survives due to her screaming.

Siobhan awakes screaming at DEO Headquarters, with Supergirl and Winn watching and wondering what she is. DNA analysis confirms she’s human. Siobhan begins to leave the facility, frustrated that no one knows what’s happening to her. Winn calms her down in a corridor: “No one here is abandoning you.” She feels a little better, until she gets a massive migraine that causes her to see the image of frightful woman screaming. Her attitude quickly changes to calm and forceful. “I need to go.” On her way out she passes Livewire’s cell where the criminal is being questioned by Lucy Lane. At Catco, Cat tries to make a parallel between some cupcakes and Kara’s love life. On the street, Siobhan gets a stronger headache and she marches into Catco. Winn tries to stop her, but she pushes him aside. Before she can enter Cat’s office she’s intercepted by Kara. Seeing the woman who destroyed her career, Siobhan unleashes a scream, blasting Kara out the window, unconscious. She falls to the street, unaware of a red and yellow streak blazing on the ground. The Flash races up the side of the building and catches her, taking her to the countryside. Awake, she tells the Scarlet Speedster she didn’t need to be saved and flies to the city. Momentarily stunned, the Flash races after her. The Flash realizes he’s going to need her help because he’s on the wrong Earth. Cue opening title sequence and first commercial break.

This was the best episode of the series, so far. It was bursting with joy in every scene, even when the heroes looked as though they were doomed. Grant Gustin is absolutely winning in this episode, showing that Melissa Benoist’s Kara is just as nerdy and warm as Barry Allen. The way these characters clicked was the stuff of comic book dreams. There’s an instant chemistry that never lets up, and provides terrific moments for Mehcad Brooks’s James to think about his relationship with Kara. Jeremy Jordan was also outstanding, as Winn was able to relate to Barry’s brains in every scene. Brit Morgan as Livewire is without question the best villain in this series’ short history and she should be brought back often. The joy Leslie has as she’s making a snarky comment or unleashing electrical hell is glorious to see. I was never thrilled with Siobhan Smythe, who was just too mean a character. After this episode, it all makes sense. Why she has her abilities is quickly and easily explained, and she goes into action fast. Italia Ricci’s scenes with Jeremy Jordan were also awesome. There was never any question what Siobhan would do, but having Winn get a moment with her helped defined their characters immensely. The effects were incredible, there was a terrific crowd scene, that was involved in a tremendous resolution which was just gold. Barry’s exit was great and I’ve got my fingers crossed that Brit Morgan, being as fast as light, can jump over to the CW. And that ending — outstanding.

The good: Melissa Benoist, Grant Gustin, Brit Morgan, Italia Ricci, and Jeremy Jordan. The story, the direction, the effects, the teaming up of heroes and villains, the final fight and its resolution, and a fantastic cliffhanger.

Fun lines: “Before you know it, he’ll be docked in your port,” “These are mine!”, “Are you on fire? I — Nope!”, “That’s a new one. I thought I was the impossible,” “Cool!”, “Been there. It sucks,” “You look like the attractive, yet non-threatening, richly diverse cast of a CW show,” and “Like an evil Taylor Swift squad?”

The bad: Nothing. Absolutely nothing.

The final line: The BEST episode of Supergirl yet. I couldn’t stop grinning during the heroes’ final scene together. Someone have Kara visit Barry’s world, please! Overall grade: A+

Patrick Hayes was a contributor to the Comic Buyer's Guide for several years with "It's Bound to Happen!" and he's reviewed comics for TrekWeb and TrekCore. He's taught 8th graders English for 20 years and has taught high school English for five years and counting. He reads everything as often as he can, when not grading papers or looking up Star Trek, Star Wars, or Indiana Jones items online.
One Comment

Do NOT follow this link or you will be banned from the site!